My girlfriend Fiona is not a video game but she plays multiplayer video games with me in videos.

Some videos I do aren't even video game videos, they're videos about mental health and LGBT issues, vlogs, magical music videos, or crayon-tastic speed-art sketches. None of those are video games but they are still videos.

Video game videos are uploaded on days of the week.

The word video has now lost all meaning.

Okay thanks love you bye! 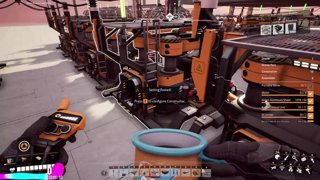 sips_ streaming Among Us
4K viewers