Scientists have captured Steve, tormented him and converted him into a giant mutant gorilla that destroys the world and eats EVERYTHING in Growrilla VR! Can his robotic companion G.U.I.D.O help him rediscover his humanity? Or will his immense hunger consume the world?
__

➤ Watch us live on Twitch: http://bit.ly/2vPFJms

You’re a small gorilla who just escaped from a terrible military testing facility. Fortunately you have gained the incredible ability to grow... by eating. You’re the world’s hungriest ape and everything you gobble up makes you grow bigger and stronger.

What starts as a fast-paced, stealthy survival game quickly evolves into an intense battle as you grow into an oversized monster and seek revenge upon your tormentors. Eat your way through a fully simulated world. Wreak havoc when you become a mighty silverback in this frantic smash-em-up.

Inspired by amazing games like Katamary Damacy and We Love Katamary, GrowRilla offers the best in eat-em-up VR action.
Key Features
Run, hide and climb while you're small to outsmart your enemies.
Punch, shoot and throw - Use the enemy’s own weapons against them!
Full Freedom - Every object is a potential tool
Intuitive locomotion system carefully designed to avoid motion sickness
Get big, then go all out and get your revenge on the military.
Randomized island with new surprises every time.
Unlock new content with each playthrough.
Regularly updated with new features, bug fixes and content.

Early Access
This game is heavily in development. Our previous game Late For Work spent 23 months in Early Access and received 13 major updates. It is one of the highest-rated VR party games. With GrowRilla we are updating at an even faster pace. The core game is stable but we are still experimenting and improving all aspects of the game. This includes:

Please check out our previous game Late For Work to evaluate our track record in Early Access. With GrowRilla we expect to do regular updates every two weeks and major content updates every month. With your support we will continue to improve this game and create something amazing and unique to VR. 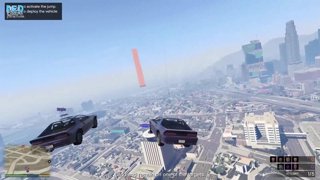